Rating: Add this to your Queue 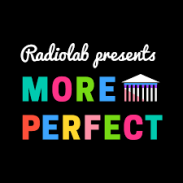 This is the best new podcast (well, mini-series) this summer! Interested in civil rights? Curious about the behind the scenes of the Supreme Court? Obviously, I’m an NPR podcast junkie, but they just do such a good job! They tell amazing stories with great production value.

In this episode, they discuss a case most of us have never heard of, but one that apparently was viewed by Earl Warren (Chief Justice ’53-’69) as the “most important” case decided by the court during his tenure. Bigger than the cases that mandated Miranda rights, the right to an attorney, and even school desegregation. The case is Baker vs. Carr – a case nobody ever talks about, except apparently in law school. It asked the court to consider a big question. And caused a Supreme Court Justice to have a nervous breakdown. The case is interesting, and the telling of it in this podcast is enthralling. Do yourself a favor, and subscribe to this podcast.

Another Round – May She Forever Reign

For the first time… umm, ever…. I’m not going to recommend that you listen to this episode of Another Round. This is literally one of my favorite podcasts, but for some reason, they decided to devote most of the time to discussing Blac Chyna’s revenge on the Kardashians. To be fair, I have negative interest in pop culture in general, let alone the Kardashians and who is dating or making babies with who. So this episode totally lost me.

Instead, I recommend you listen to this more recent podcast:

Another Round – The Greatest (with Claressa Shields)

The first part of this episode is dedicated to Muhammad Ali, who recently passed away. While I appreciated the chance to learn more about this amazing person who was a hero to so many people, I enjoyed the second half of this episode even more. In it, Heaven and Tracy interview Claressa Shields, boxer and Olympic gold medalist. Shields is a 21-year-old badass who followed her father’s footsteps as a boxer even after he told her that he didn’t want her to be a boxer because it wasn’t good for “pretty girls.”

A somewhat interesting episode, but if you missed the episode below, I highly recommend that you listen to that one instead. This episode has some merits, but you probably don’t need to spend an hour of your life listening to it.*spoiler coming* In summary, sometimes people choose wrong even when they KNOW that it is the wrong decision. For example, apparently in basketball, shooting underhand can make a player way more successful at free-throw shooting. But nearly all basketball players refuse to shoot this way because they don’t want to be made fun of. Even basketball players who have tried this method and succeeded, stopped shooting this way because they didn’t want to look silly. They would rather miss every basket and lose the game then to be perceived as being ridiculous or “shooting like a girl” (p.s. the girls don’t shoot that way either).

The most interesting thing about this episode, though, is that there are a couple of basketball players who DO shoot free-throws underhand (and do well). The argument is that these people have a “low threshold” in that they don’t need other people to tell them it is ok or a good idea to shoot in this way. They know that it works, and so they do it. Most of us, of course, don’t want to stand-out or be abnormal in any way. Even famous basketball payers. The flip side of this is that since these people don’t really care what others think of them, they’re also kind of assholes. So the existential question is: do you want to be a stand-out asshole or a mediocre person with friends?

But now you know the gist of the episode, so you can just skip it and listen to this one which is so much more interesting:

This is my #1 recommended episode for this week – though, it’s from last month. whomp whomp. You probably missed it, though, with all the summer vacations and family gettogethers. And I’m here to tell you that it is well worth your while to go back and give this a listen. People have very strong opinions about being fat, and typically, we shy away from even saying the word. In fact, in the first act of this episode, they talk about “coming out as fat.” Because most of us only talk about being fat if we are initiating a discussion about losing weight or want others to assure us that “no, you’re not fat!” As a teacher, I literally hear this discussion every day, whether from other teachers or from high schoolers. And it is sooo disheartening. Mostly because people desperately want to lose weight, but hardly ever actually do or even if they do, can’t seem to maintain. Even if you think you are well-educated on “fat” issues, you need to listen to this episode.

The fat wars are real, and are having a devastating impact on real people’s lives. This episode is an important listen for anyone who is a person. It is true that we have an obesity epidemic, but it is also true that we are handling it completely wrong.

Rating: If you have extra time…

If you have time, add this one to your queue. This episode definitely has its merits and brings up some interesting questions and ideas, though it didn’t quite meet my high expectations from the first season of this podcast (which if you didn’t listen to the first season – just go ahead and add all of those to your queue).

In this episode, they explore the norms of a culture and of sub-cultures within a culture. Apparently, people in Russia don’t smile. And not just because it’s so cold there. American smiles were (are?) viewed as false and cheap… (and they’re not totally wrong, are they?) In Russian culture, smiling is way too intimate an act to share with strangers. So when McDonald’s opened in Russia, they had an uphill battle to fulfill their motto: “We love to see you smile.”

Similarly, oil rig workers in America don’t cry. But should they? Would it make them safer if they felt comfortable sharing their feelings with each other? Would it make them better employees? Would there be fewer injuries and deaths on the rigs? The second half of the episode explores an unlikely experiment that asked hyper-masculine men to share their deepest feelings with their coworkers. I wish they would have explored the norms (and spectrum) of masculinity and femininity a little more with this, but it was still an interesting story.

So that’s it for this installment. What podcasts are you listening to? I would love some new recommendations and might even review them in the next podcast roundup!