Now that you’re 30, it’s time to start living. Time to start doing all of those things that you swore you would do. Time to think up things that you never knew you wanted to do. Time to look at yourself and think about who you want to be and what you need to do in your life in order to become that person. Turning 30 is a total motivator; and honestly, I am pretty fucking excited to see what all I will do in my 30’s now that I am starting to throw off the restrictions that so many of us place on ourselves in our 20’s. YOLO has never had more relevance.

In the years leading up to 30, I didn’t think it would be a big deal. I wasn’t worried. I loved being 27 and 28 – that was the age where I felt like we all finally started getting the respect that we had been craving. We finally became somewhat of “experts” in at least some things career-wise. Maybe even became mid-level bosses or supervisors. I was lucky enough to be in a pretty great place in my life with good employment, suitable living conditions (except for that one year when we lived on the edge of scary, but that’s a story to be continued at another time), and a supportive partner. Things were pretty damn good. I also never wanted to be one of those women who refused to say her age. I always told people that being older was nothing to be embarrassed about or ashamed of.

And then, it hit me.

I would never be 20 again. Overnight, it seemed, people stopped carding me for alcohol, I became comfortable with the term “woman,” cashiers called me ma’am, expensive drinks became a requirement – not a luxury – in order to avoid a 2 day hangover from $1 PBR or $3 well drinks. In the weeks leading up to my 30th birthday, I began to realize my own mortality. And I’m not exaggerating, although I know that I am saying all of this from a very privileged place where I have time to consider my own mortality and trivial things like birthdays when I probably (hopefully) still have more than half of my life yet to live. But I’m glad that we continue to celebrate birthdays and that every 10 years, as we enter a new decade of life, we are encouraged to evaluate our lives and make a plan for our future. It makes us better people.

So this blog post is dedicated to making a list of just some of the things I would like to do or see in the next 10 years. I hope that you will take some inspiration from this, find things that you would also like to do/see, and make your own list. Just remember, your list should be as specific as possible so that you will know if you have accomplished it or not. And never make a goal that includes “don’t” or “stop” – goals need to be positive actions. So if you have a habit you want to stop, you need to find a replacement habit that you will “do” and list that as the goal. For example, if you wanted to stop eating so much pizza, you could have your goal be to “eat more vegetables” or something. This increases your likelihood of success. Focus on action, not the stopping of an action.

1. Travel to China. Since I was little, I’ve been curious about this land and culture that is so different from ours. In college, I took Mandarin classes and Chinese history classes in an attempt to be awarded a Fulbright scholarship to live in Taiwan for a year. I didn’t get it and never went. Going to China, and maybe even Taiwan (though I’m still a little bitter), is now back on my priority list.

2. Learn to ride a skateboard or the easier longboard well enough to ride it down the street to the local co-op.

3. Actually BE A WRITER by dedicating at least 2 afternoons/evenings to writing something, anything.

4. Travel to Europe (specifically, but not all inclusively, Switzerland, Germany, Italy, France).

6. Hike into the Grand Canyon to swim in Havasu Falls. 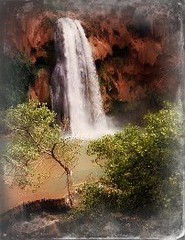 7. Allow myself to be more authentic and vulnerable with my friends. Six years ago, I moved from my home state of Ohio to Arizona. And while I love my new home, it’s hard to replicate the closeness of young adult friendships. Something about being with the same people all day in school and going through the death grip of adolescence together makes people pretty fucking close. So it understandably takes a lot of time to feel this closeness with new friends in adulthood. We end up with people that we hang out with on weekends or during happy hour but no one to call when we need a friend. Part of this is because we don’t know how we will be received or if we are “that good of friends.” But really, each person is just waiting for the other one to be vulnerable first – that or they’re shitty friends, which we might as well find out now.

8. Keep my optimism but be open to learning from the “realist” people who have been around longer than I have. I don’t know if this is the case in every field of work, but my experience in the field of education is that in general (of course there are always exceptions), new teachers are highly optimistic and believe they will change the world, while older teachers claim to be “realists” who think that some kids just “have other skills” that don’t involve reading… or math… or science… or history… (and that no teacher is going to change that). While I know that not every kid will be a doctor or even attend college, I also know that some kids just need someone to  believe that they really can do whatever they want to do – and inspire them to be more than they ever thought they could be. And if I’m not that person, then who will be? 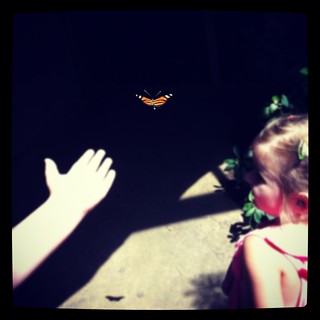 9. Read at least 12 books a year. Many people will laugh at this, especially other writers, I’m sure. But my 20’s were filled with lots of work, even more play, and perpetual schooling (with its own reading requirements) – pleasure reading was usually at the bottom of the to-do list. I think that reading 1 book a month is a modest goal for most people while still allowing plenty of time for other free time activities.

10. Be a yogi by practicing at least twice a week. I LOVE yoga. If you don’t, that’s cool, but find something that you love that gives you a sense of well-being, and then do that thing, often. In the past couple of years, I have started practicing at a local yoga studio (do not try to do yoga with videotapes – it is not the same thing, AT ALL). First, I just went once a week, and now I try to go at least twice a week. Of course, a recent car accident gave me further impetus to practice more and to go to the longer, more in-depth classes that focus on alignment and breathing not “flow” and “power.” If you’re thinking about doing yoga, try out a few different studios until you find the one that is right for you – each studio and each instructor is different and runs classes differently. If you hate yoga, find something you do love. Everyone needs to have “a thing” that they do for themselves.

11. Visit NYC. Because how have I not done this yet?

12. Build an actual savings account with actual money in it.

14. Get a master’s degree (this will surely affect goal #9, but goals aren’t supposed to be easy). While I enjoy teaching, the fact of the matter is that it just doesn’t pay enough. Call me selfish, but YOLO, and I have to find a way to pay for all of the things I want to do. And how else will I build that savings account? Right now, I’m thinking about a neuroscience and education degree – here’s looking at you, Columbia.

15. Buy a home of some kind somewhere. After 12 years of moving every year or two, I am ready to find a place that I like enough to stay in for awhile. It might be nice to feel like I could spend money on decorating a place without the thought of “well, we’re going to move anyway” leaving my walls bare.

16. Give more. To charity. To friends. To the needy. To my students. To my family. To strangers. To causes I care about. I have to admit that while I have lofty ideas about giving, I haven’t really made it a priority. And oftentimes the causes that I meant to support end up not getting my support as often as I would like. Life is better when we give.