Back in March, when the NYC weather was still spitefully debating on whether to snow or rain, we jumped on a plane for a week long escape.

I’ve done the whole “let’s drive up the California coast!” And while it was gorgeous and had its moments, I much preferred this trip where we spent the week in a single sleepy, tourist town on the coast.

We went to Morro Bay to visit my husband’s brother who goes to college in the nearby town San Luis Obispo (SLO). On the six hour flight from NYC to LA, I swore I would never make this trip again. (No wonder our cities hold so much animosity for each other – especially for anyone that has to make that flight more than once a year.) But after a few days by the ocean, all those hard feelings washed away.

Morro Bay has a shit ton of hotels. Mostly little, privately owned, adorable ones. So take your pick. We stayed at La Sorena Inn which is only a block away from two bars – one dive bar that we didn’t have the chance to visit, and one music venue with a cool patio (featuring a fire pit which was perfect for the chilly spring weather) where we played giant Connect 4 but unfortunately, didn’t see any live music. We were also only a few blocks uphill from the main drag featuring little shops, art galleries, and restaurants, all right next to the bay.

Our favorite hang out spot was The Libertine Pub which is right along the boardwalk. Lots of craft beer options. Large windows with waterfront views. Shuffleboard and ping pong (even though I lost at both). Down-to-earth, locals-alongside-tourists, dive bar ambience. If you’re looking for a bar or place to hang out for a couple of hours, this is your spot.

As we were waling to dinner, we also encountered a couple of super friendly, fluffy cats who were rewarded with lots of pets. Definitely made me like Morro Bay even more.

The food itself is nothing to write about. At least not at any of the restaurants we visited along the strip. But that seems to always be the case when you have a prime spot on the water. Which is endlessly frustrating to me. Why can’t I have the view AND amazing eats?

You can, however, find some good eating spots a little farther from the water. Check out this breakfast spot or some legit street tacos and giant ass burritos at Taco Temple.

Walking along the boardwalk by the bay is a must, though. We could hear the sea lions from our hotel, and once at the boardwalk could see a whole pile of them on some sort of dock or something in the middle of the bay. And a little ways down from the seals, amongst the docks, you will find an otter nursery. You read that right. A fucking otter nursery! It is just as cute as you’re imagining. There were at least 2-3 otters there every time we walked by, and sometimes as many as 15-20. And several otters had babies they cradled on their tummies as they backfloated in the still waters. Too adorable for words.

Since we were escaping city life, I wanted to do everything I don’t get to do in the city. So of course, kayaking in the bay was on my priority list. Even though we were hungover and the current looked pretty strong. We mustered up our courage over coffee and tea and headed to the dock.

More on our kayak adventure next time! 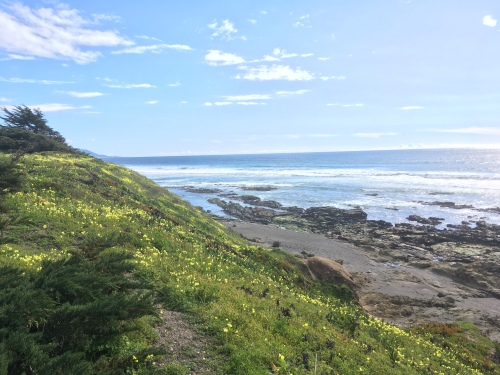 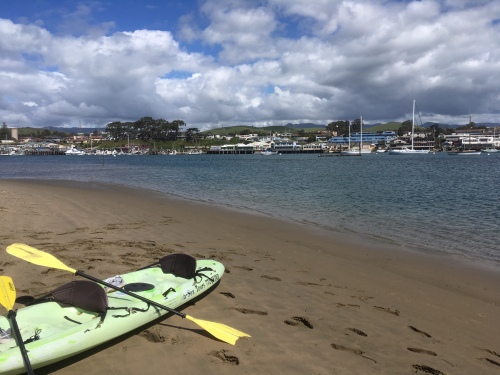 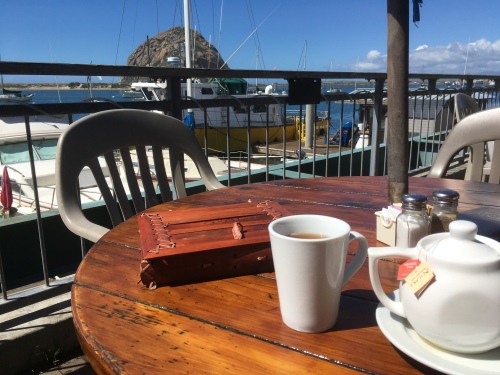 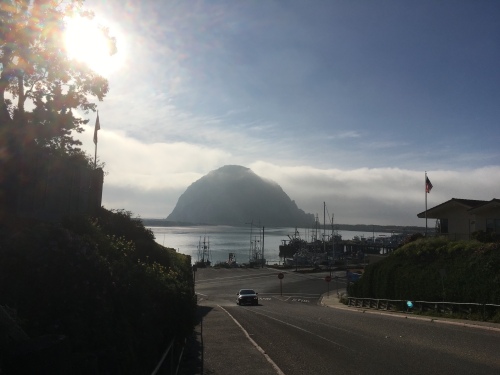 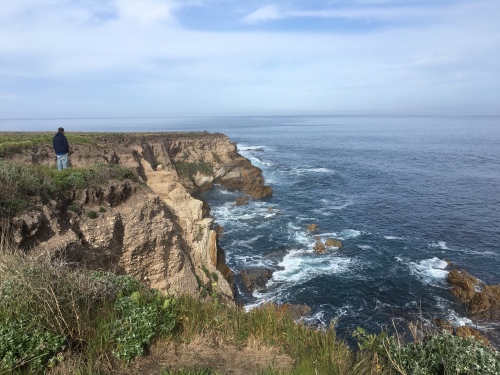 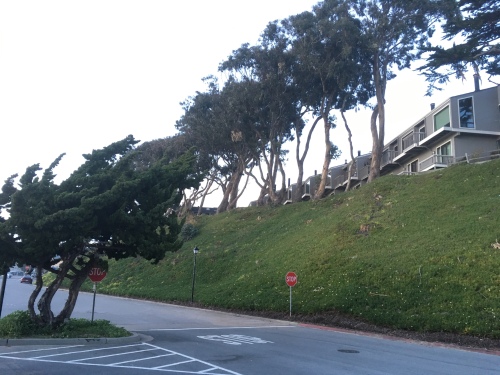 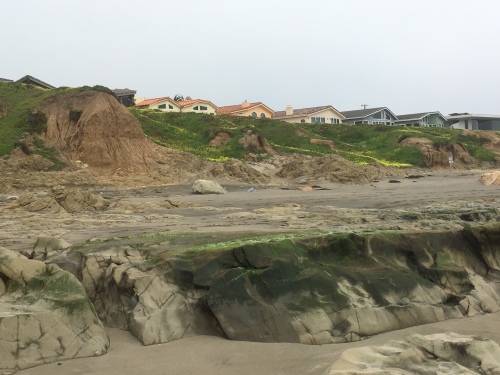 2 thoughts on “A week in Morro Bay”